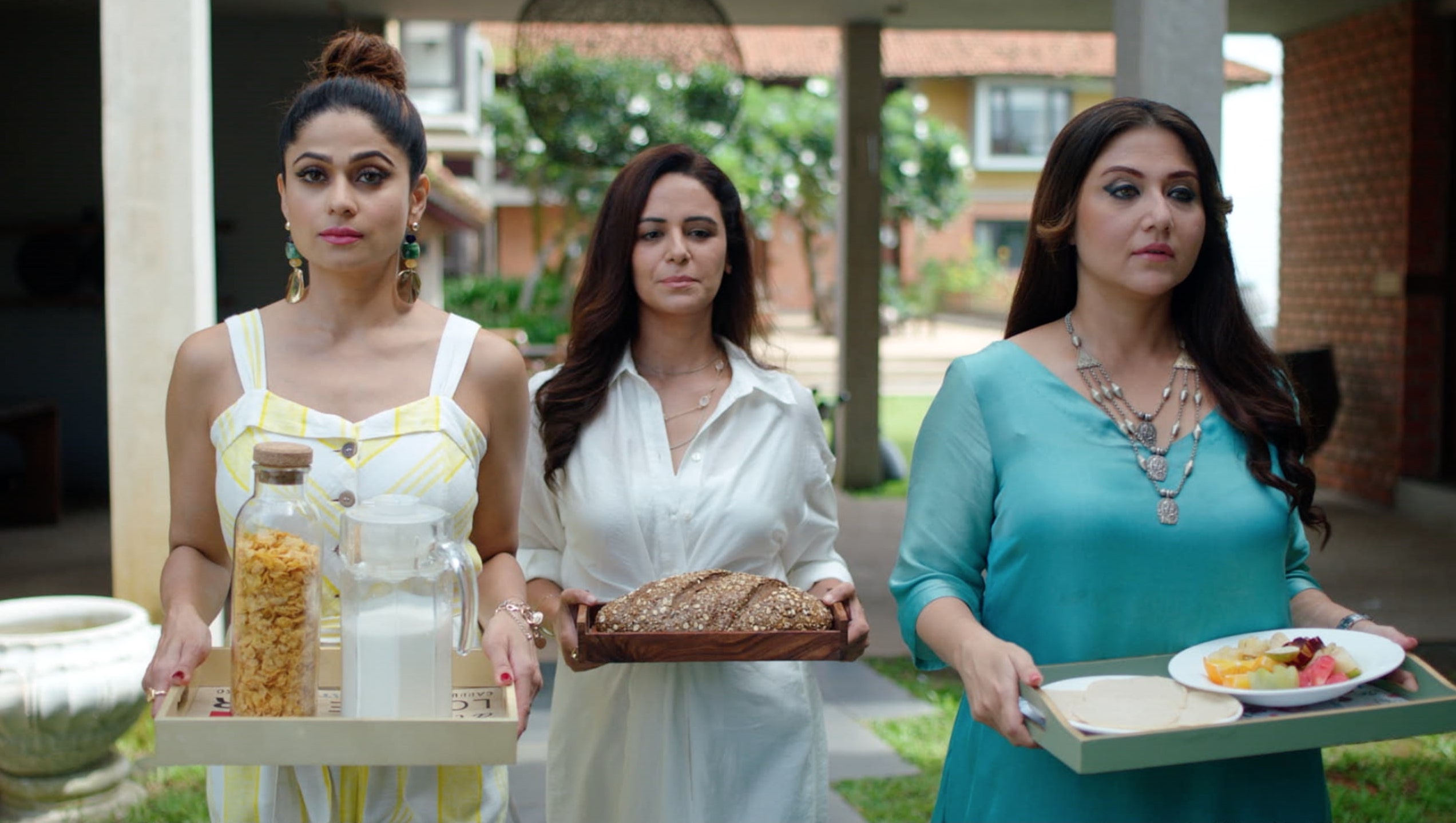 CATCH MONA SINGH, SHAMITA SHETTY & SWASTIKA MUKERJEE SET THEIR OWN RULES AS POWERFUL WIDOWS AS THEY FAKE MOURN THE DEATH OF THEIR HUSBANDS

ZEE5 Global, the largest OTT platform for South Asian content, recently announced the power-packed female and male lead cast for its 8th International adaptation of popular Finnish show Black Widows. Now, the platform exclusively released the trailer of the web-series giving the audience a glimpse into the devious world of three Black Widows.

Set in a picturesque backdrop, Black Widows puts forth strong female leads at the centre stage of the narrative. But their not so perfect life swiftly implodes when they decide to put an end to their abusive and unloving husbands. As three women fake mourn the death of their husbands, they not only share a common secret, but they decide to take over the world as their life gets a new meaning to freedom. But, amidst their new life, a cop will tail their past bearings and a husband returns from the dead to unveil the ultimate truth. Will the truth end the new celebratory life of the three widows? Or will they finally escape the ultimate chase to avenge their redemption?

Despite the ubiquity around female lead representation in the web space, the series puts forth three strong female leads, centered around the narrative without exploiting the characterisation.

Actress Swastika Mukherjee shares, “Given the international reputation of the show, the team has put their heart and soul to creating something quite extraordinary. The trailer is finally out and I am super thrilled to see how the audience will respond to it. The three widows will slap the patriarchy and set their own rules and celebrate their new freedom. Rest assured, it is not your ordinary women centric drama and we don’t need men to save us. These are strong powerful women putting an end to their dark past and blossoming into a new life. Which widow doesn’t hate a dead husband rising from the phoenix and that too with the ultimate truth? Watch Black Widows on 18th December on ZEE5 to find out.”

Actress Mona Singh says, “I am extremely passionate about Black Widows, it has romance, fun, quirkiness and lots of thrill. ZEE5 has created this adaptation that puts three women in the centre stage, something that is rarely seen in an OTT space. Adding to this, the show has a thriller aspect to it when one of the husbands returns from the dead which will challenge the narrative. You will have to watch the show on 18th December on ZEE5 to find out who wins this chase.”

Actress Shamita Shetty adds, “Black Widows story is a such a roller-coaster ride with a lot of highs and lows. The trailer will finally introduce the story and all the key characters each with a distinct identity and a unique story. This is an early Christmas treat for all the fans and viewers as the secret unfolds on 18th December only on ZEE5.”

NENT Studios UK has struck a two-season deal with streaming platform ZEE5 and producer Big Synergy Media Ltd. which will see a localized version of its scripted format Black Widows created for the Indian audience.