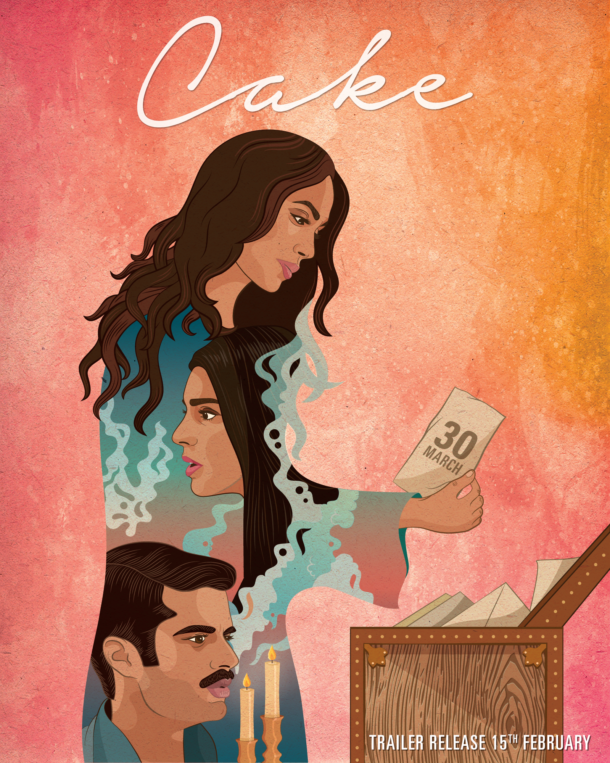 While the first look poster and teaser of the upcoming film Cake, starring Sanam Saeed, Aamina Sheikh and Adnan Malik has given the audience an slight insight into what the film might be about, the official trailer is set to release tomorrow. The directorial venture by Asim Abbasi is a family drama revolving around the life of two sisters, played by Sanam and Aamina, centred around the themes about love, loss and passage of time.

The cast of the film shared on their social media accounts the same caption for the film, which read, “Reminder: the most interesting individuals in your life are most likely under the same roof as you. Peel away the delicious facade of family this Spring.”