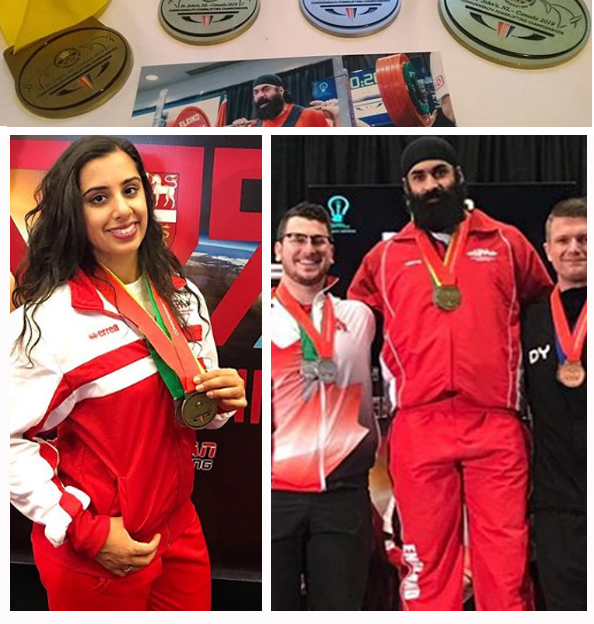 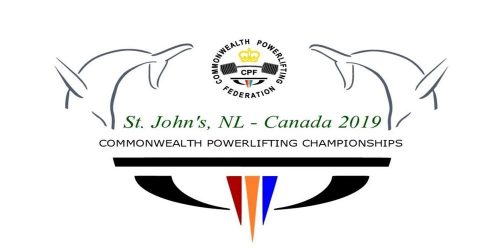 Inderraj Singh (aka @beardedwarrior1 on instagram)  won Gold in the mens Squat,  Silver in Bench,  Gold in the  Deadlift with Gold Overall . Inderraj on his Instagram proudly says he is a  LIFETIME VEGGIE, Gym Addict, Runner &  Shooting.

The 2019 Commonwealth Games in power lifting were held in St. John’s, Newfoundland and Labrador , Canada 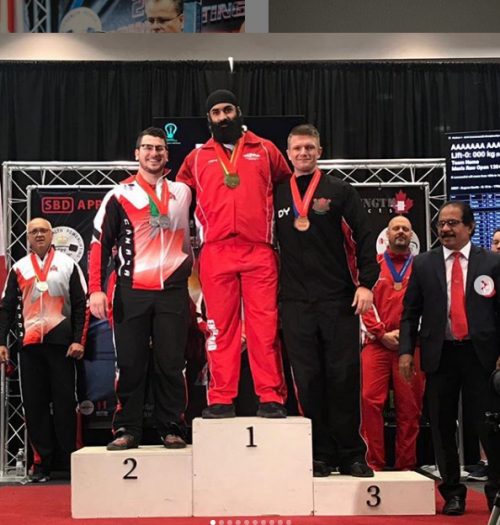 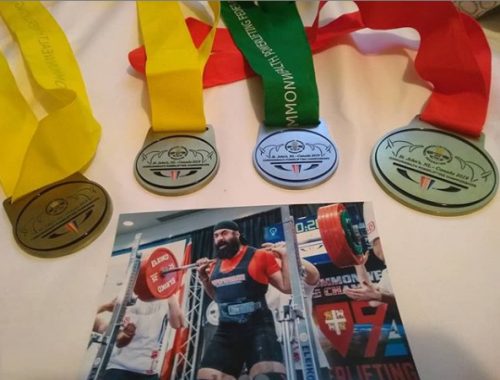 Karenjeet Bains is the first Sikh woman to lift weights for Britain at a competition and win! The 22-year-old from Warwickshire is the first Sikh woman to compete for Britain at the event.
Karenjeet  won Gold in the Squat, Gold in the Dead lift, Silver in the Bench and Gold overall, this was in addition to her  Silver in the Bench Press only competition. 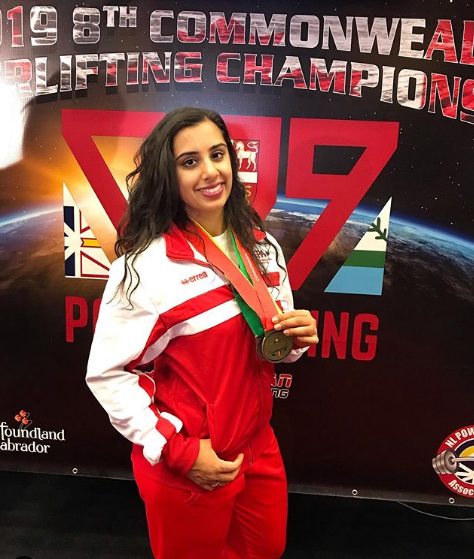