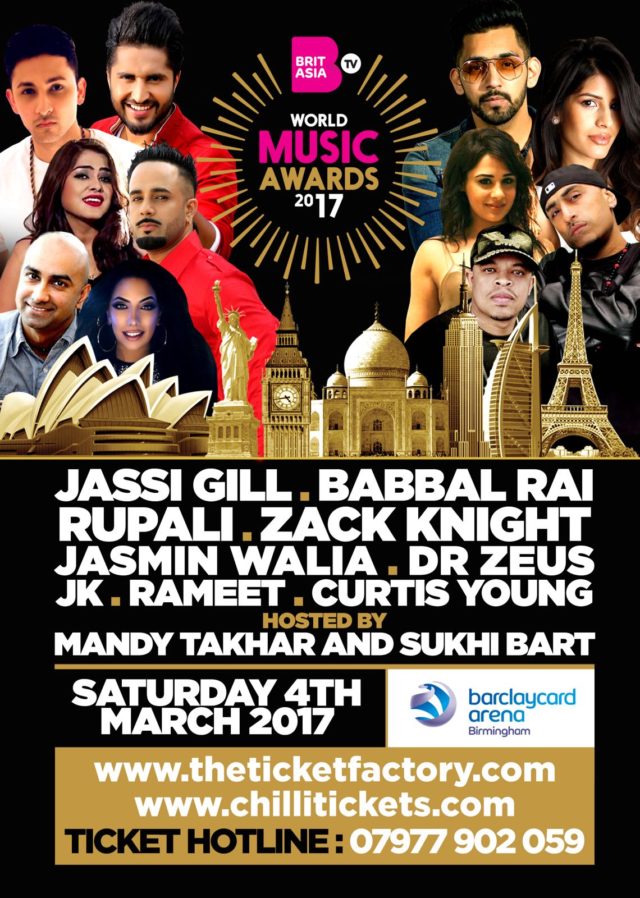 The Worldwide Asian Music Stage is ready for the eagerly anticipated Brit Asia TV World Music Awards 2017. This massive event returns to Birmingham to showcase and celebrate the very best in Asian music with ground-breaking performances never seen before!

This breath-taking event will take place on Saturday 4th March 2017 at the Barclaycard Arena Birmingham, celebrating the very best of British Asian Music from across the globe and featuring a spectacular variety of performances and appearances from the biggest names in the industry.

Now in it’s sixth successive year, the BritAsia TV World Music Awards 2017 ceremony looks set to be the very best yet with 8 unique amaxing live performances and over 1000 celebrities attending. 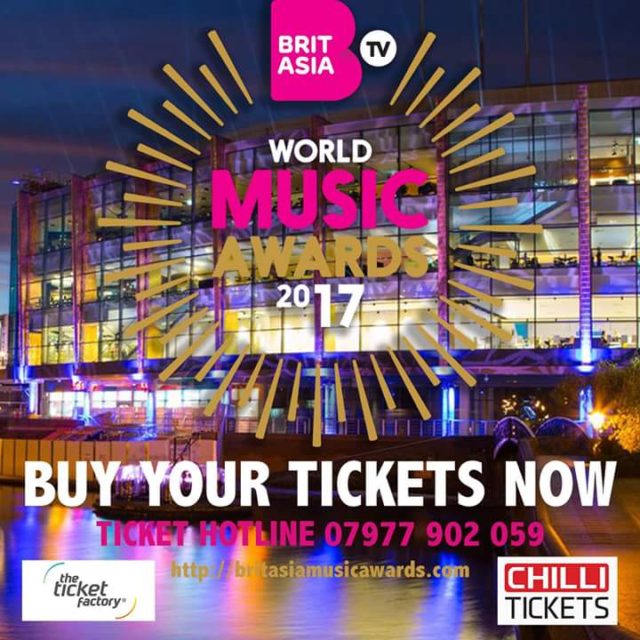 Artists and music producers will be nominated in a total of 15 Award categories, including Best Breakthrough Act, Best Video, Best Bollywood Act Of The Year and Best Album. Each category will be presented by some of the most famous faces in the British Asian celebrity scene.

Jaz Bal, CEO of BritAsia TV and established advocate and ambassador of the British Asian music industry, said: “We are proud to stage ‘The Event of The Year’ back in Birmingham – Birmingham is without doubt the hub of British Asian Music and this year’s awards aims to raise the bar even further!” 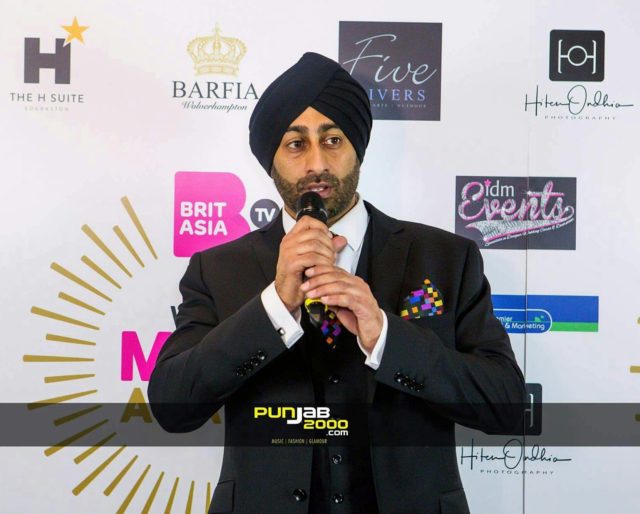 BritAsia TV World Music Awards 2017 will be bringing the very best in music and entertainment for our fans and viewers – this truly is the night not to be missed!

15 distinctive categories, 15 prestigious awards – The exclusive Nominations party took place at The Park Regis Hotel, Birmingham, on Monday night, five leading artists per category who made the cut were announced, securing themselves a place in the shortlist of nominees, anticipating a highly-acclaimed Brit Asia TV World Music Award. See the nominees below: 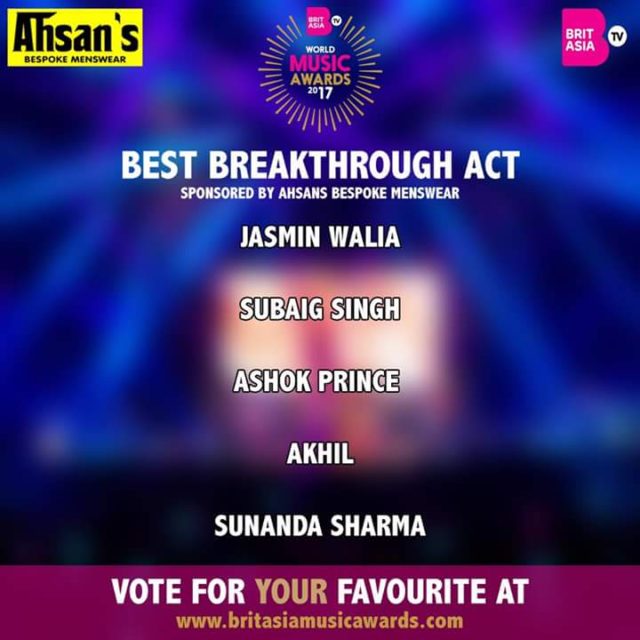 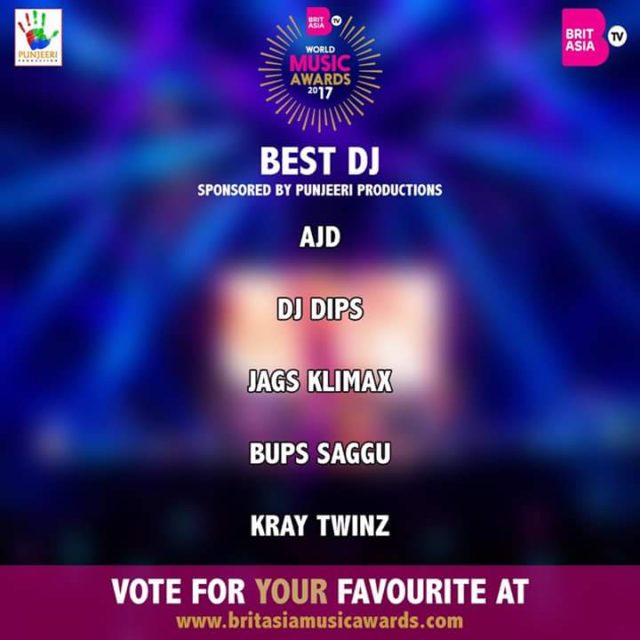 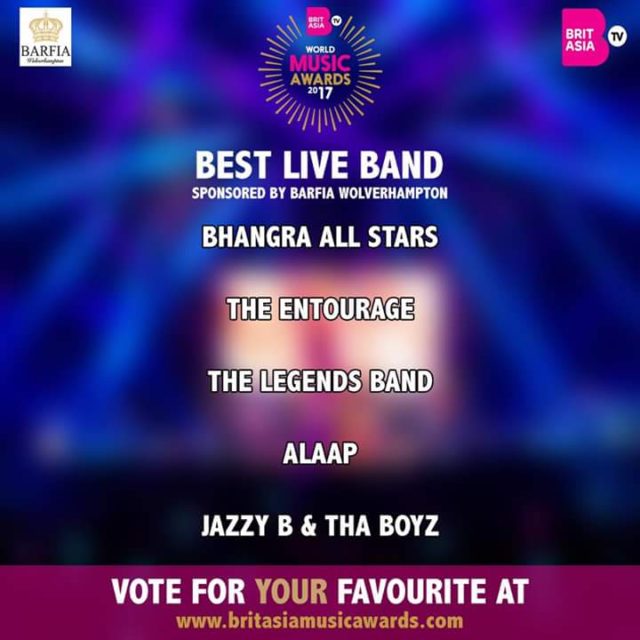 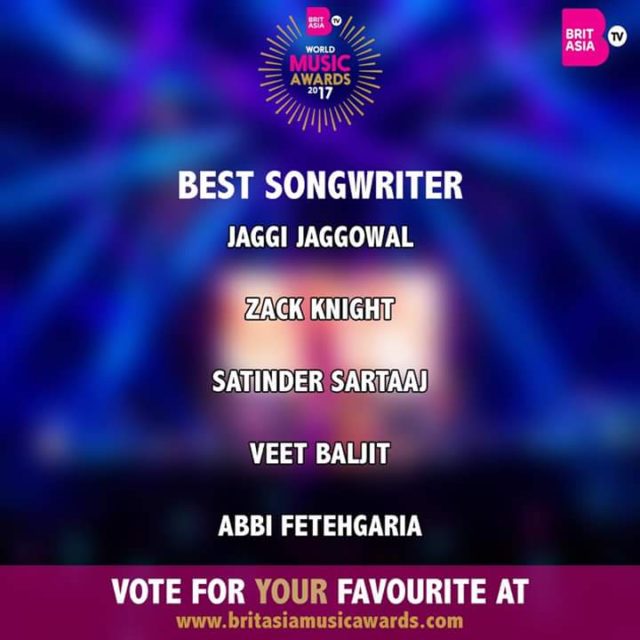 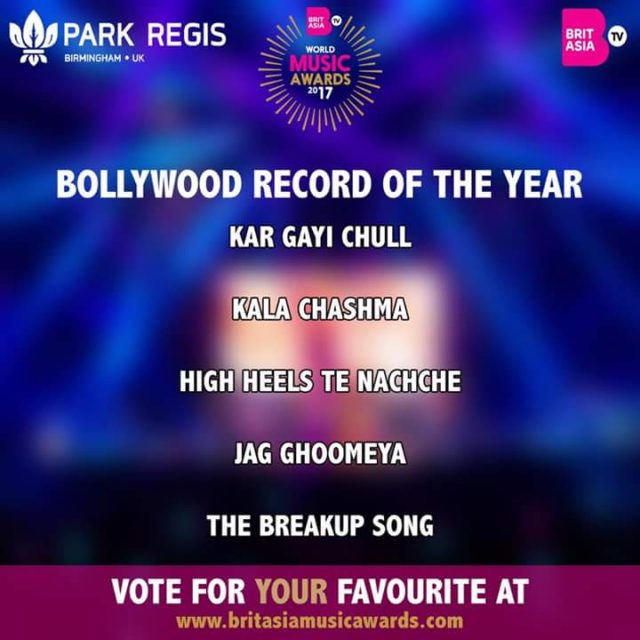 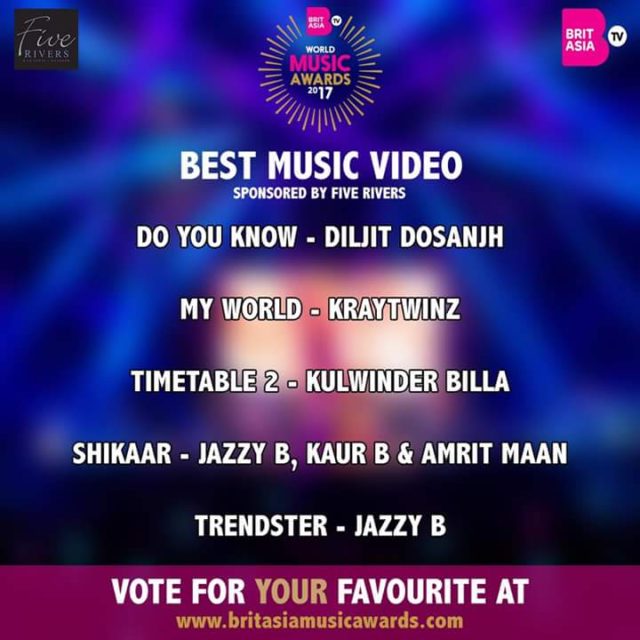 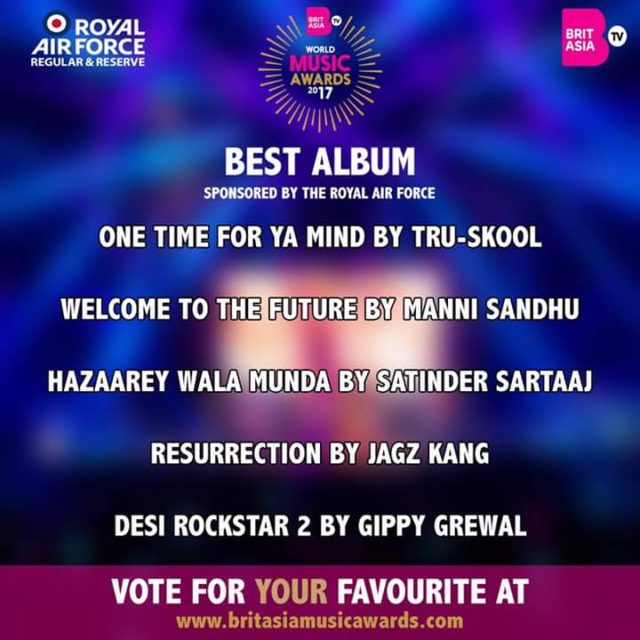 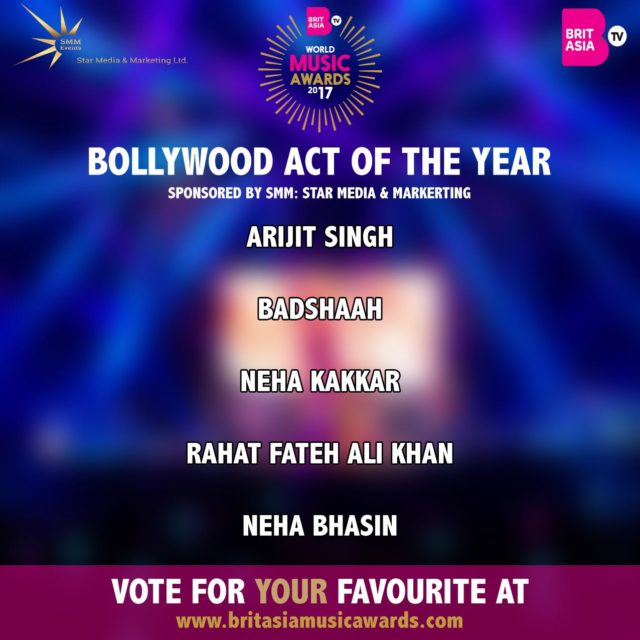 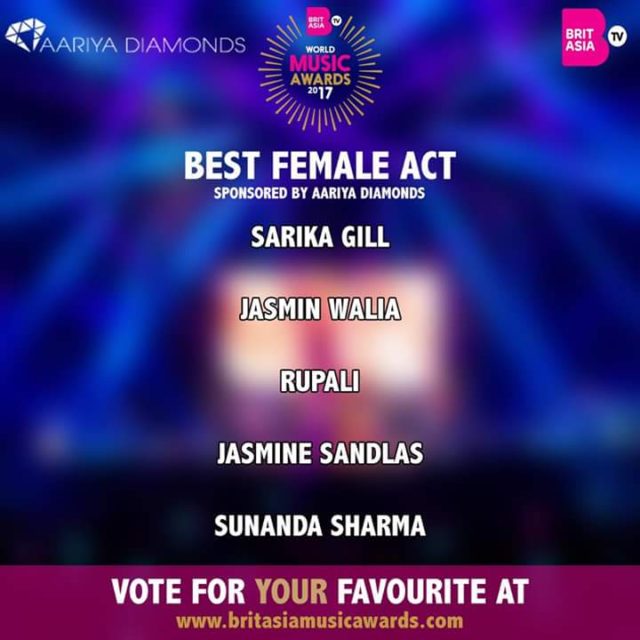 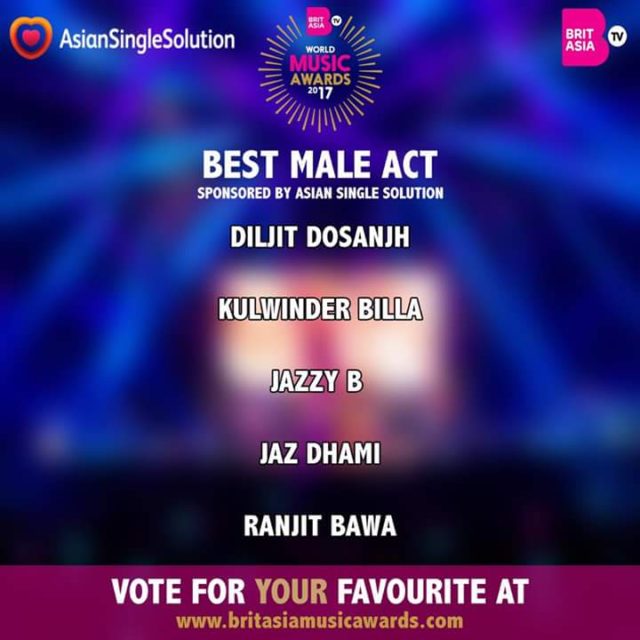 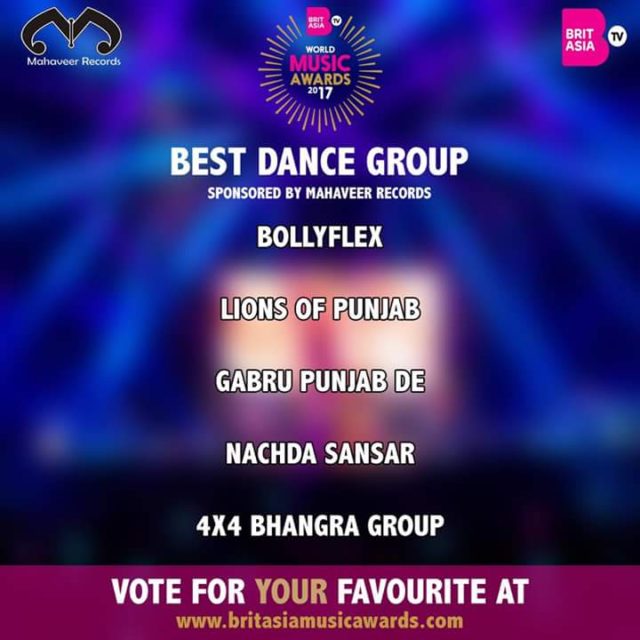 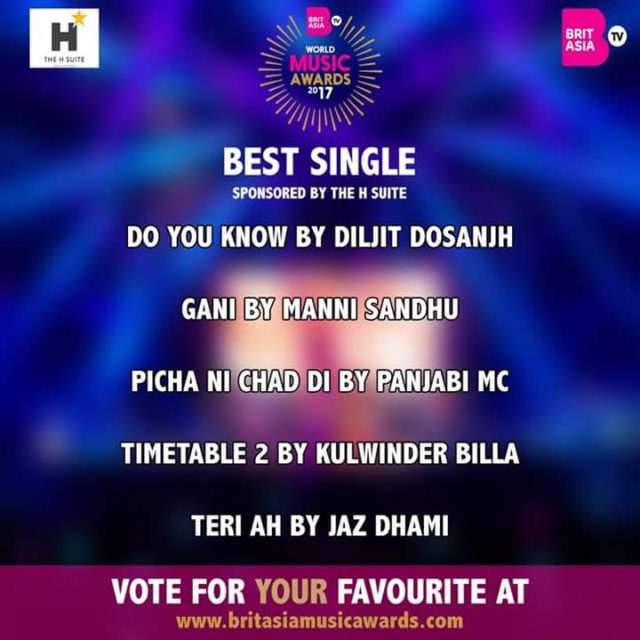 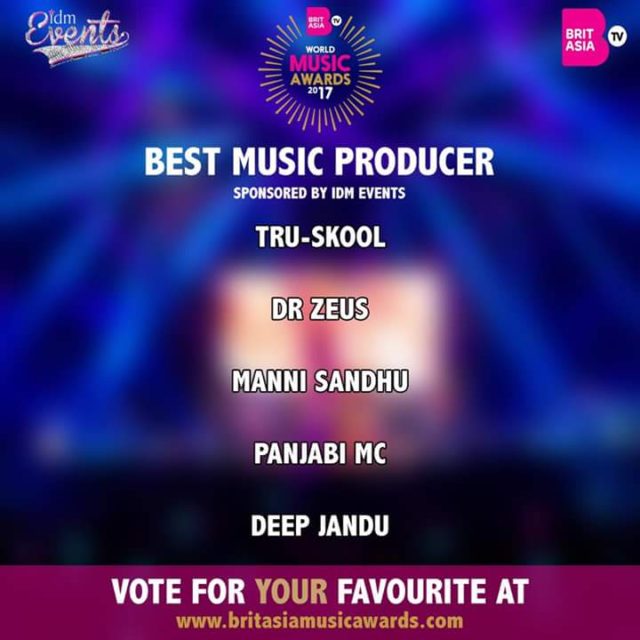 BritAsia TV World Music Awards 2017 will be bringing the very best in music and entertainment for our fans and viewers – this truly is the night not to be missed!