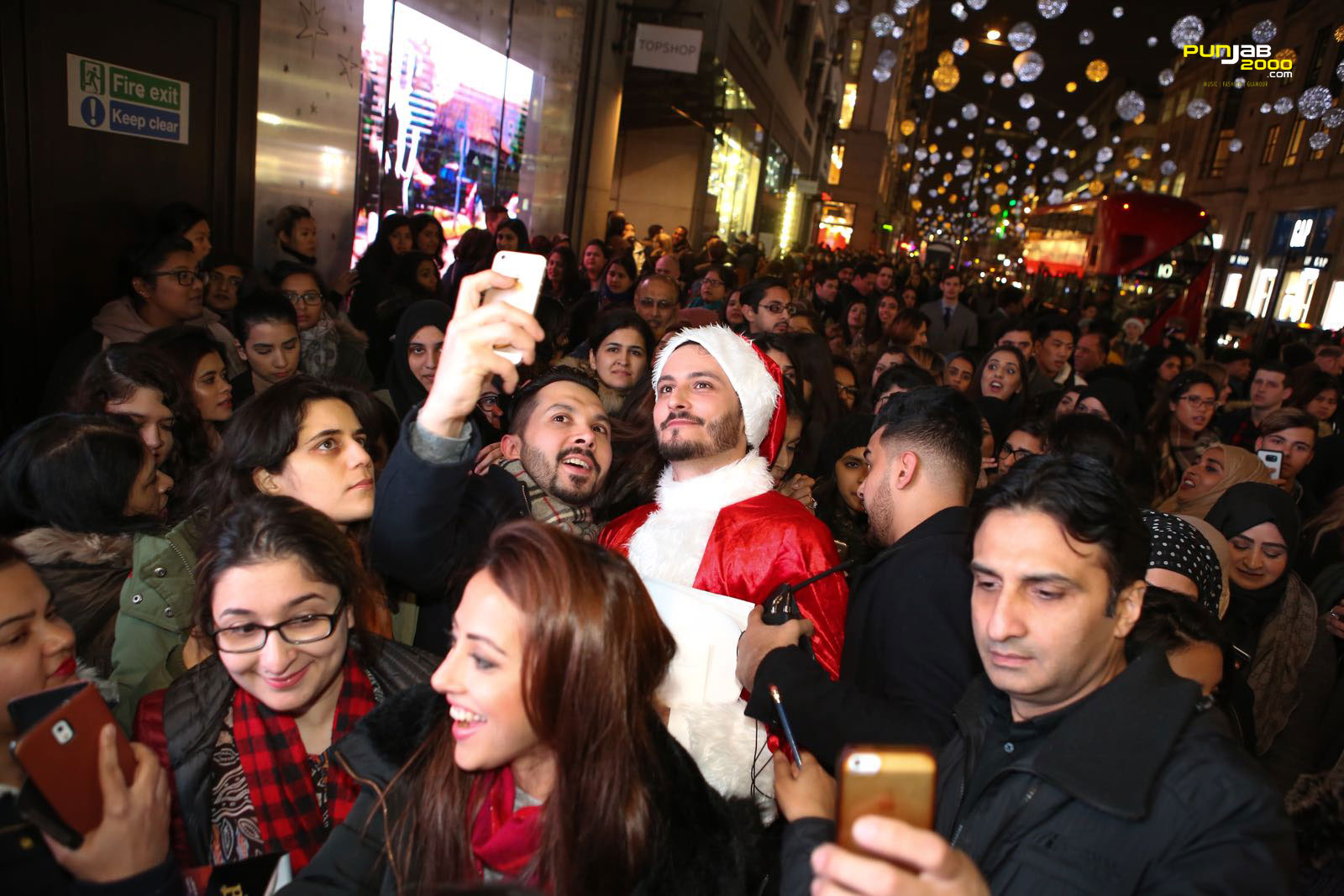 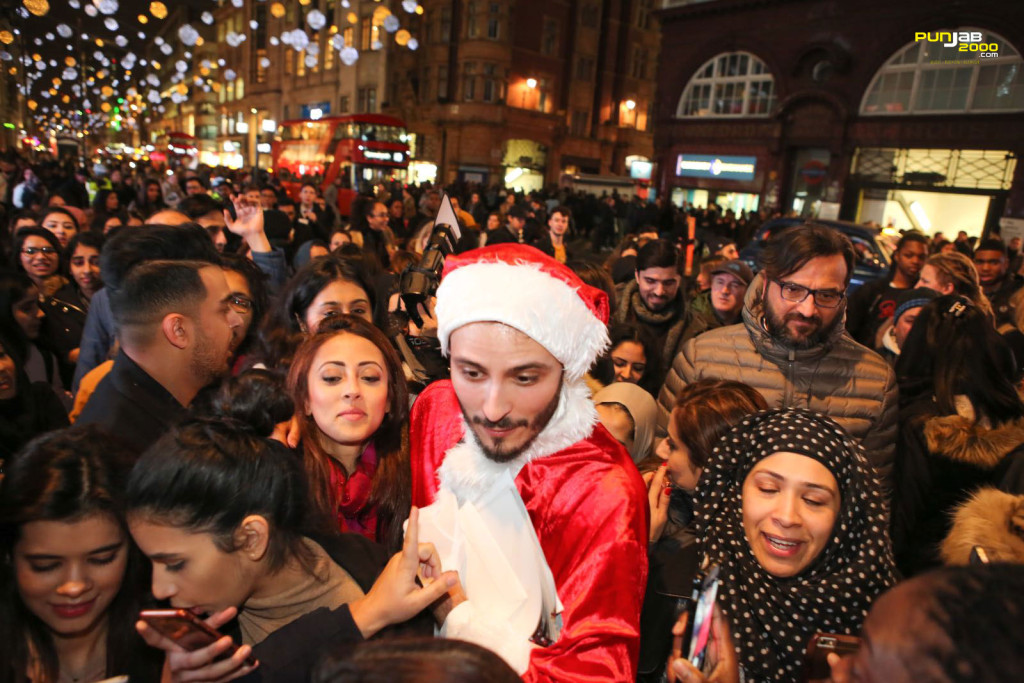 Hundreds of London fans of Osman Khalid Butt flocked to Oxford street for a very special xmas surprise – our very own Balu dressed as Santa, with his lovely Mahi (Ainy Jaffery) by his side.
Of course, Santa came bearing goodies, the most tempting being free kosher halal hugs. Fans were delighted to mingle with Balu and Mahi as they spread love and festive cheer.
What’s more – people who came out to see them even witnessed a fun live scene, when Balu couldn’t find Mahi amidst the crowd, he screamed where’s my Mahi, before embracing her in a cute hug, leaving fans asking for more.
The film publicity stunt got so popular that the London traffic police had to intervene to help the Balu Mahi team with crowds. 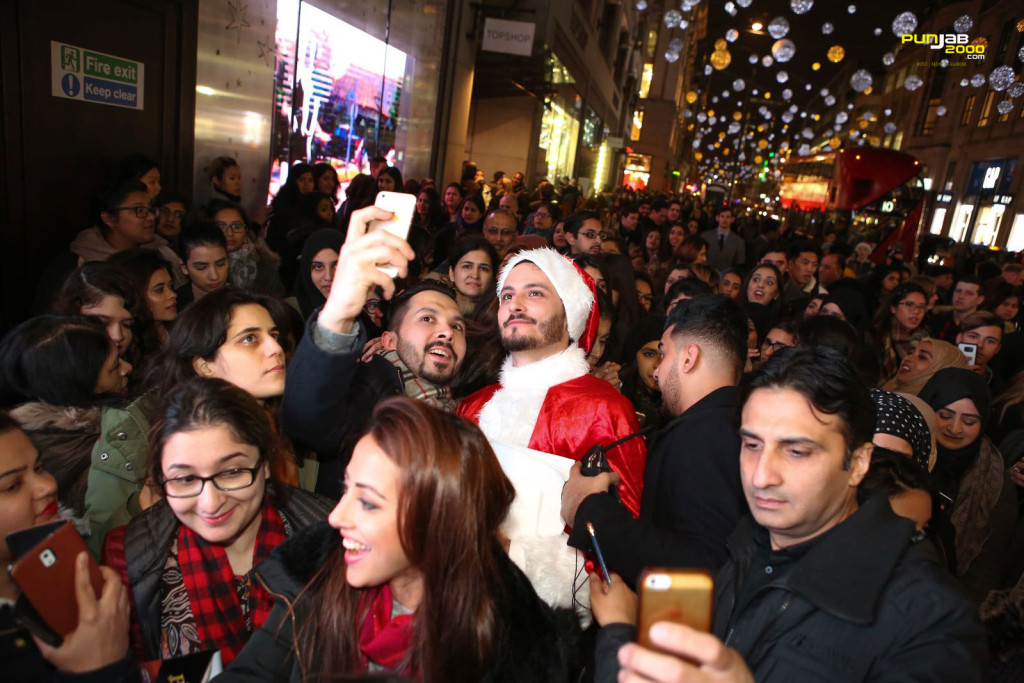 Osman and Ainy are currently in London to launch the trailer of their upcoming rom-com Balu Mahi slated for release worldwide on 10th February 2017.