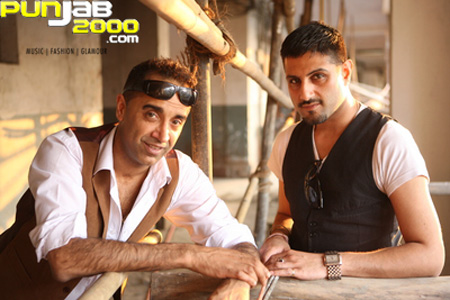 Raj&Pablo – The Bollywood IT Boys will be launching their new TV show "Bollywood Showdown with Raj&Pablo" in partnership with Chak89 for the leading Bollywood TV Channel B4U Network. This will be THE first UK based Bollywood Countdown, Star Interviews and Gossip Show to hit TV screens.

"Bollywood Showdown with Raj&Pablo" will be the ONE STOP TV Show for anything and everything – BOLLYWOOD.  Raj&Pablo have previously interviewed the likes of Shah Rukh Khan, Salman Khan, Akshay Kumar, Aishwariya Rai Bachchan and the legend himself Amitabh Bachchan.

Bollywood Showdown will have the latest hits from Bolllywood, on the monthly countdown, insights with stars and all the latest news and gossip from the biggest film industry in the world.

This Show will bring the glitz and glamour of Bollywood right to the comfort of your own home on your TV screen.  Raj&Pablo's hits & misses, magic, masala and masti from the great and good from the industry AND the chance for all fans of Bollywood to interact directly.

Loving Bollywood from a young age, Raj&Pablo were among the pioneers of Bollywood in the UK and have created a brand that is intrinsically Bollywood that reflects their standing with the industry.

The boys have made their mark on Bollywood by having ‘no holds barred’ interviews with a host of A-list celebrities, including Shah Rukh Khan, Saif & Kareena, Abhishek & Aishwariya, Karan Johar, John Abraham and Priyanka Chopra to name a few. They receive high praise from all their interviewees, including special thanks given to them by screen legend Amitabh Bachchan.

The Show will be for all like minded Bollywood buffs and with Raj&Pablo's immense fan following this show will undoubtedly become THE MUST SEE TV SHOW for everything BOLLYTASTIC!

Bollywood Showdown is in partnership with Chak89 known as the stars favourite restaurant and caterers who had the likes of Vivek Oberoi, Rahet Fateh Ali Khan, Abrar Ul Huq, Rishi Rich, H-Dhami and is endorsed and loved by Shah Rukh Khan.

Kevin Rego of B4U States “B4U are thrilled to be working with Raj&Pablo to bring our viewers another dose of entertaining programming! ‘The Bollywood Showdown’ with Raj&Pablo will be a high quality show, full of exclusive news, music and interviews. Being the leading Bollywood network, I am certain the show will be a hit amongst fans worldwide"

Raj&Pablo declared their love of Bollywood well before it became within the public consciousness and were at the spearhead of the movement and remain so.  They are delighted to be an integral part of "Bollywood  Showdown with Raj & Pablo"