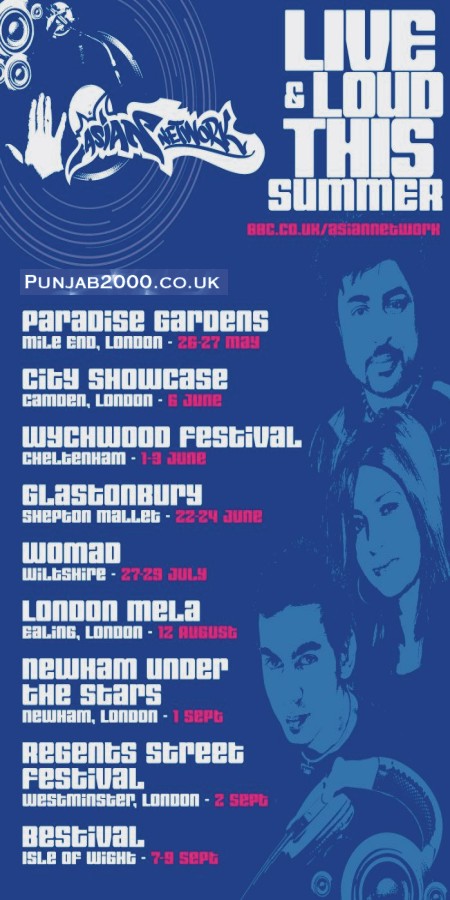 Hosted by Asian Network & Radio 1 presenter Nihal, and the entertainment by possibly one of the best DJ’s on the planet, (no not DJ D-Zire AKA me) , but DJ Kayper, who for the first bit of the evening show her skillz to adapt to playing Pure Bhangra, rather then her forte of Hip Hop & RnB..

So after getting to the venue (Bar Fly) on time for a change, we being the
professional’s that we are, decide to hit the bar first & then mingle with the crowd after.

Also Menis (one of half of the duo of Menis & Nazza T), Rishi Rich, H Dhami
(son of the legendary Dhami from Heera Group) & also all the way from New York (USA)
was DJ Rekha (Founder Of the legendary Bhangra night in New York, Basement Bhangra)
who has one the longest running Bhangra night’s. Ash from Swaraj, was another face in
the crowd that I recognized.

Another person who came to show there support for the event was Hard Kaur, believe me
you don’t say no to Hard Kaur & walk, so I was quite relived, when I found out she was
staying with friends in London & didn’t need a lift from us again.

There were a few more face’s that looked familiar, but can’t put a name to them.

Anyway back to the acts now. First up was Pritpal with a solo Tabla piece, and then up come
a female singer in traditional Indian wear & a male singer then all of a sudden out of no where
comes a female classical dancer, who was pretty good considering the stage was
pretty tight, and then a couple more dancers come up & bust there moves on stage.

Overall a very good performance, which if they get to perform on a bigger stage will no doubt
get them noticed on a higher level.

So by now it was that time to head upstairs, get to the bar & wait for our mate Zahra to turn up as she was running late as usual getting to the venue, (Typically West Londoner).

Next up were the “MDK cartel”, who for those of you don’t know them are a group of maybe
8-10 Asian & Black MC’s inc a DJ & beat boxer. Now by the time I pushed thru the
crowd to the front of the stage they were already on there 2nd track.

I’ve never really heard of MDK cartel before, and all I can say is that even though
I’ve no idea they were on about, the crowd did, as they were all bopping away
& singing the odd few lines here & there with the cartel..

I guess you can call them a Grime outfit, although I’m not to sure myself. But the only
thing I could make out clearly was the word “Birmingham”.Nothing else, but they has
the support of the crowd, so it’s all good (As VJ likes to say).

Next up was the Rock band “Rock ID”Now this was interesting…. The band consisted of a drummer, a guitarist & a bass guitarist.The funny thing was just in front of the drum kit was a Dhol standing there. Anyway if you’re into your rock music, you would have loved Rock ID.

By this time I sort of moved onto stage as I was getting crushed by the crowd.
(Everyone saw awww)

Basically Rock ID seem to a international collective of musicians

The Drummer was from the UK, the bass guitarist was from Brazil & the lead guitarist was from France. Now if you never been to Bar fly before, let me try & describe it. You walk into the venue on the ground floor where the bar is (our favorite spot

Then you can downstairs to where the acts are performing.
Over all it probably takes about 400 – 500 up & down total.
So you can imagine getting crushed & trust me it was getting hot down there.

As the heat built up, the lead guitarist, took his T-shirt of, followed a few minutes by
the bass guitarist at the suggestion of Rocky the drummer & main man of Rock ID.

Now Rocky thinking he could maybe get a few female members of the crowd to follow suite,
but was having no luck (dam shame that was ).

After the 4th song which I had no idea what they were singing as my ear drums were getting
blown to pieces being on stage right next to the speakers,

Up on stage comes a guy who I later found out to be called Karan, from the Ministry Of Dhol

group, comes up & picks up the Dhol to go into a wicked solo routine, which had nearly

everyone in the venue screwing the lightbulbs (Bhangra).

A minute later & sudden halt, leaving everyone wanting more, which Rocky said they were
going to try something new.

So now all 4 musicians on stage now are playing to a typical Dhol beat called the Chal,
I wish I had a video cameral to record it as was absolutely amazing to watch & hear.

In the middle of this performance come’s MC.Spex from

“Asian Dub Foundation”, joining in with Rocky on the mic, before making his way to front
center stage.  As he introduces himself & big’s up all the different Asain cultures in the venue,
before going into another track..

Now this is where things go CRAZY!!

In true Rock n Roll fashion Rocky kicks one his drums to one side taking a high hat stand with
it, at this point I thought nothing of it, think maybe he just got carried away with the music and
the engery on stage, until he kick’s another drum kit out the way, and then kept kicking it
until it was well clear of him.
Just as I sorted of moving back a bit, the next thing you know is Spex has jumped over the
drum kit and landed on top of Rocky, knocking him of his stool & they both started shouting
peace, one love & God only knows what else down the mic, while kicking away all the
equipment around them.

It was like something out of a film, at that moment the stage was not a very safe place to be.
Crazy stuff I tell you. When they finally finsihed kicking the crap out of the drum kit,
I had a word with Nihal & asked if that was rehearsed, he said “no way was that rehearsed,
that was totally spontanious”.

So after a bit more music by DJ Kayper, to me the highlight of the evening were up next.
Harry Sona & The Sona Family made their way up on to stage.
Now this is how you can tell how genuine people are.

While the sound engineers were still clearing up the stage, Harry, Kazz & Mr.Riz were all just bopping away on stage to the sounds of DJ Kayper & just posing for pictures from members of the crowd.

After a few more minutes, the stage was all cleared up & Harry Sona took the lead & told everyone about the new album called “Make Some Noise” which is releasing
in July sometime.

After that all the band memmber introudced themselves apart from DJ JC,
as he was on the decks, so letting Harry do the introduction for him.

From start to finish, the Sona Family had everyone rocking to their music.
Perfroming tracks such as Habibi, More Glassy, Kala Paisa, Talia  & one or two more,
of the new album as well..

In between their performance kazz went it a solo rendation of Sunshine Andersons “Heard It All before” which was almost as good as the original version.

Without a doubt the Sona Family were the best on the night.

Anyway party’s over so before we made a move we starting chatting to Hard Kaur, who we’ve not seen since last year, and caught up with Pathaan, who we reminded about last years
City showcase event..

Eventually we made our way & in search of the car, as we could not remember where we parked up.

So on a mad mission to find our ride, we were walking all over central London looking for
famialr buildings or street names to help us get back to the car.
This is where VJ decides to ask someone if he can borrow there bike to cruise around on, while I looked for the car.
Anyway after being told “on Yer bike mate” 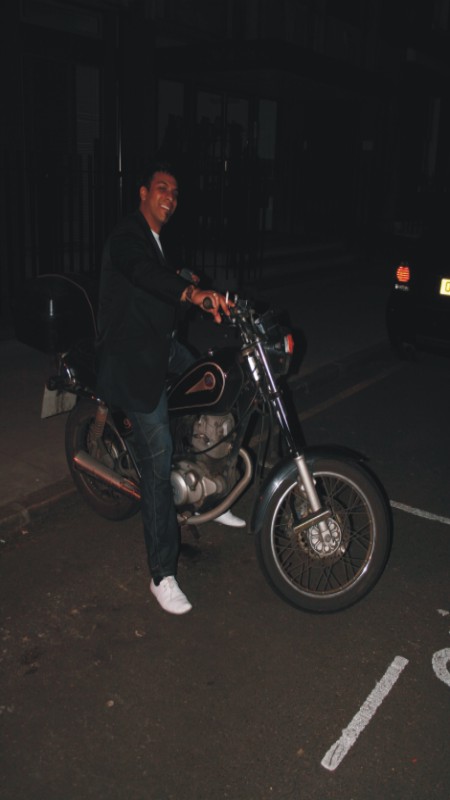 we see the small public park we
passed on the way to the Bar Fly & we spot the car on the other side, as
we’re about to cut through, we were pointed in the direction of a sign saying
“No Dogs Allowed”, 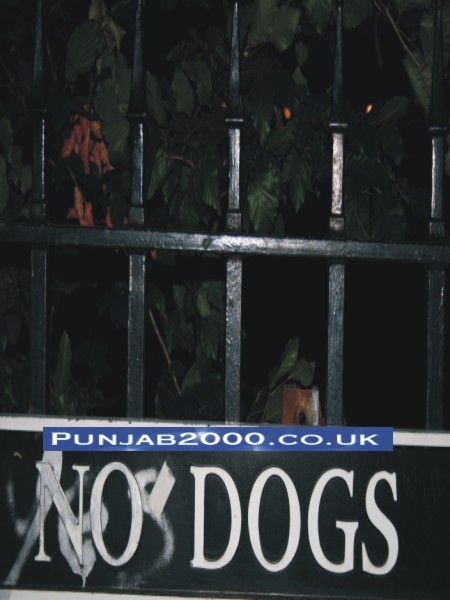 which was cool by me, but it meant VJ had to walk around the park to begin the trip
back to Leicester. Overall a top night with some great people. Just want to say
thank you to Dina for sorting things out & for getting me my Shandys (lol)

Check out the pictures from the night here