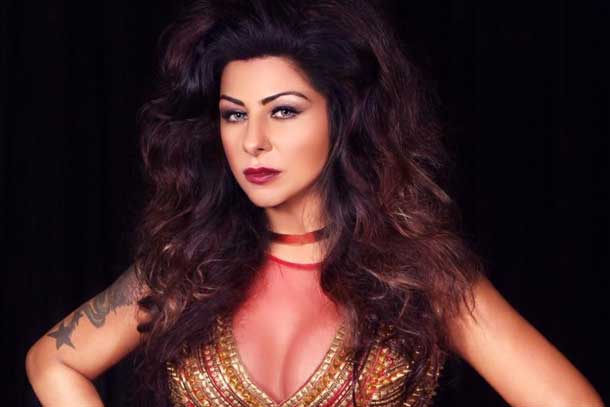 Taran Kaur Dhillon (born 29 July 1979), known by her stage name Hard Kaur, is a British Indian rapper and hip hop singer; as well as playback singer and actress in Bollywood.

Hard Kaur was born in Kanpur, Uttar Pradesh, where her mother ran a small beauty parlour in the house.[1] When she was young, she lost her father and her mother’s beauty parlour was burnt a few days after her father’s death. Her paternal grandparents asked her mother to leave their house and wanted to keep her brother with them. Subsequently she, her brother and her mother moved to Hoshiarpur to her maternal grandparents house, where they stayed for the next couple of years.

In 1991 her mother remarried a British citizen and her family moved to Birmingham, England, where her mother started working and studying to eventually open a beauty salon. Meanwhile, Hard Kaur did her schooling.[1]After developing interest in hip-hop she started her music career as a rapper

She recorded the song “Ek Glassy” and was top for the UK then in 2007 rapped for Sriram Raghavan‘s movie Johnny Gaddaar‘s song “Paisa Phek (Move Your Body).” Since then she has sung in movies like Ugly Aur Pagli (“Talli”), Singh Is Kinng, Kismat Konnection, Bachna Ae Haseeno, Ram Gopal Varma Ki Aag, Ajab Prem Ki Ghazab Kahani, and Prince.

Her first solo album Supawoman was released in 2007.

In October 2012, Hard Kaur released her second music album titled Party Loud All Year: P.L.A.Y. The album, produced in collaboration with Sony music, featured ten songs, all of which were written and composed by her.  The most successful song of the album was Mujhe peeney do.

In 2013 – she collaborated with composer Ram Sampath and Rajasthani folk singer Bhanvari Devi for Coke Studio India. In the song Katey or Kathe – Bhanvari Devi’s part is a Rajasthani folk song which is dedicated to Lord Krishna (Saanwariyo) and Rap by Hard Kaur – written by herself in which she express her personal life journey.At the time of elections, she composed a song “Karle Tu Voting” to spread awareness about voting.Recently, Hard Kaur composes a song for FIFA World Cup named “Goal Mar Goal Mar”. The song aptly describes fan frenzy and is sung in Hindi, Punjabi, Bengali & South language too. Also, she herself has written the lyrics of the song.