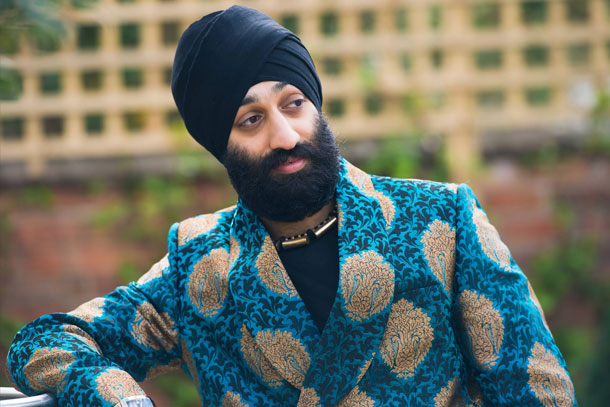 Dr Subaig Singh Kandola is an up and coming UK born Punjabi Singer and is all set to release his debut single, Tere Jhoothiye Ni Laare.

Subaig Singh has a real flair for performance and is truly multi-talented. Not only is he a medical doctor, he is also an ex-professional mixed martial arts cage fighter and boxer. He is also a fantastic dancer, actor, poet and comedian.

His comedy skits on the Internet and his MMA fight videos have already made Subaig into a household name and he has thousands of loyal fans worldwide.

However, now he will be taking the Punjabi music world by storm with his powerful and soulful voice, bolstered by top class production from one of the best producers around, Popsy Nandha.

Subaig has a real passion for traditional Punjabi folk music, pure and unadulterated, and wishes to follow in the footsteps of folk legends such as Kuldeep Manak, Surinder Shinda and Gurdas Mann.

This talented and unique individual loves Punjabi culture and wishes to promote its values through music and video. He also endeavours to display its vibrant heritage in this current era of globalisation and cultural dilution.