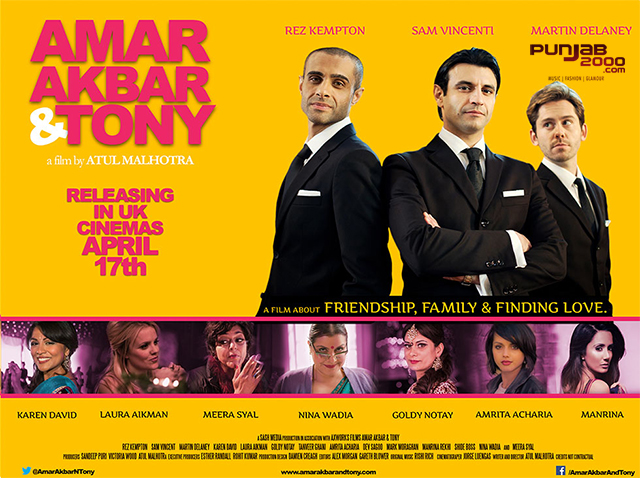 The first track to be released from the soundtrack is a funky new version of the classic track from the 80s film Laawaris, and features the rappers Stax and Anaiya, with of course Rishi’s inimitable and distinct musical magic.

Rich is a highly respected name in the music scene and has made waves in the industry both in the UK and the US. Currently signed to the Teddy Riley Group and based in Atlanta, Rishi has worked with international artists such as BlackStreet, Mary J Blige, Britney Spears and Estelle as well as Jay Sean and his own music collective The Rishi Rich Project.

Rich’s proficiency in music production and his instinctive understanding of the script and it’s characters is what led director Atul Malhotra to approach him for the film’s score. For Rich, the collaboration was incredibly timely. Following his global success in the music industry, Rich made the conscious decision to combine his passion for music with his love of film and turn his talents to scoring. 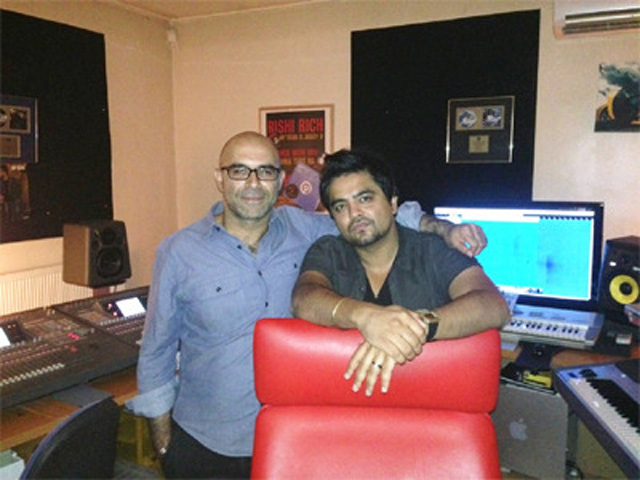 As well as an emotive score, Rishi has also created new music for the film, with upcoming qawwali artist Shujat Ali Khan, his own protégée from New York, Amrit Dasu, who has been likened by many to Jay Sean and ‘Punjabi rock star’ Juggy D.

Rishi Rich says of his first film score: “Creating a score for a full length feature film is a completely different experience, as the music has to reflect and add to the audience’s emotional journey within the film. Creating the additional tracks was great – remixing a classic like Apni to Jaise Taise was fun and as the title track I think it captures the real essence of the film with the contemporary sounds coming from Anaiya and Stax. I think it really sets up the film from the start and I can’t wait to see the reactions from Bollywood and Amitabh fans to our version.”

Amar Akbar & Tony is set for release on April 17th and boasts an intriguing cast line-up, balancing new and familiar faces. With Rez Kempton, Martin Delaney and Sam Vincenti taking the leads, the comedy drama also stars Bluestone 42’s Laura Aikman and former Waterloo Rd star Karen David as well as special cameos by Meera Syal and Nina Wadia as you’ve never seen them before. The film is shot in and around West London and features a highly original plotline with a gritty twist, whilst celebrating the multi-cultural landscape of Britain and making Rishi Rich – with his extensive experience in the UK’s music scene – a perfect fit for the role of film scorer.

Speaking about Rich’s involvement in the film, Malhotra says: “I feel deeply honoured that Rishi agreed to create the score and soundtrack for Amar Akbar & Tony. The music is almost like another character in the film and it’s a real testament to Rishi’s talent that he’s created a real beating pulse that propels the film’s narrative. He is an incredible producer and definitely perfect for the film. He knows his music and most importantly, understands youth culture in the UK. He has created a score and soundtrack that perfectly portrays the mood of the film.” 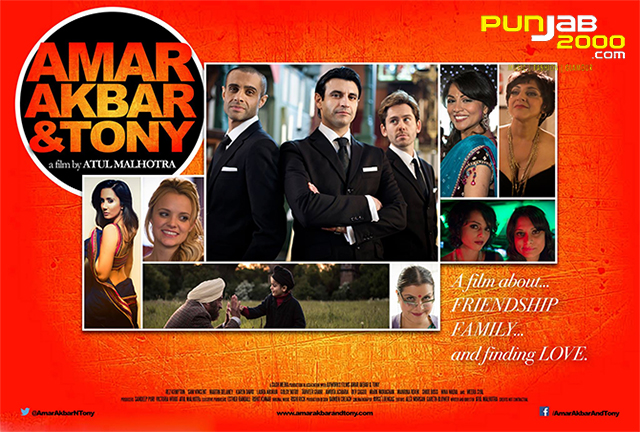 The full soundtrack album will be releasing soon on the Saregama Label.

Amar Akbar & Tony will be released on selected screens across the country
on 17th April 2015.