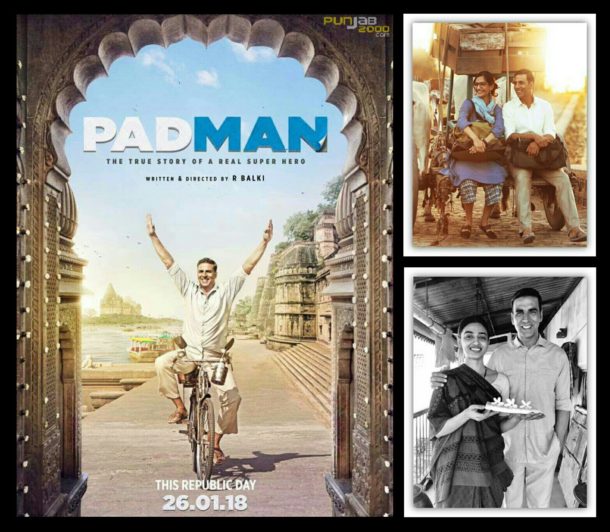 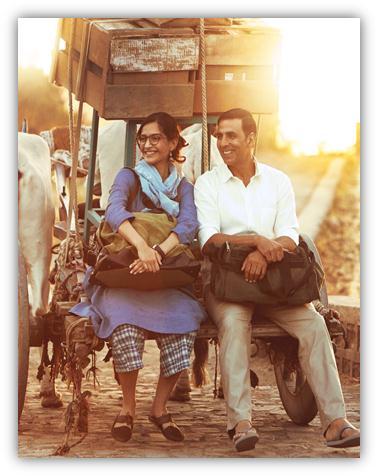 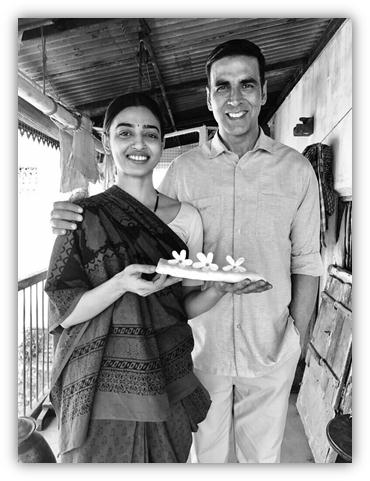 Billed as the most progressive family entertainer yet, Akshay Kumar is in the title role and once again showcases his commitment to social entertainers, in line with his latest super hit, Toilet: Ek Prem Katha (Toilet: A Love Story)

Introducing Radhika Apte’s first look, who is playing the role of his wife, Akshay said, “The Reason he became #PADMAN…find out on 26th January 2018” 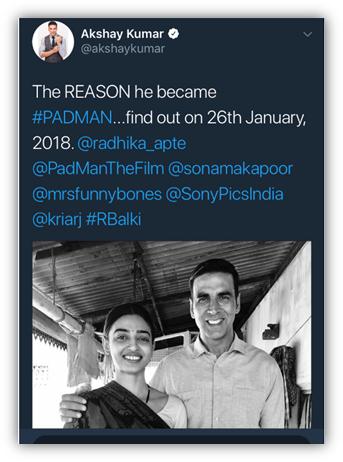 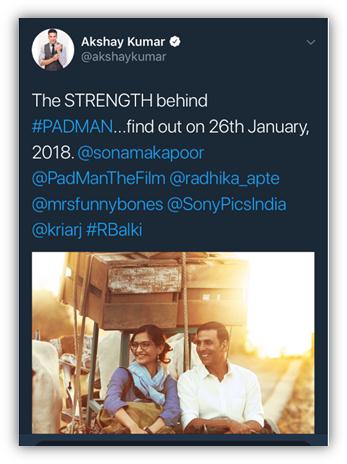