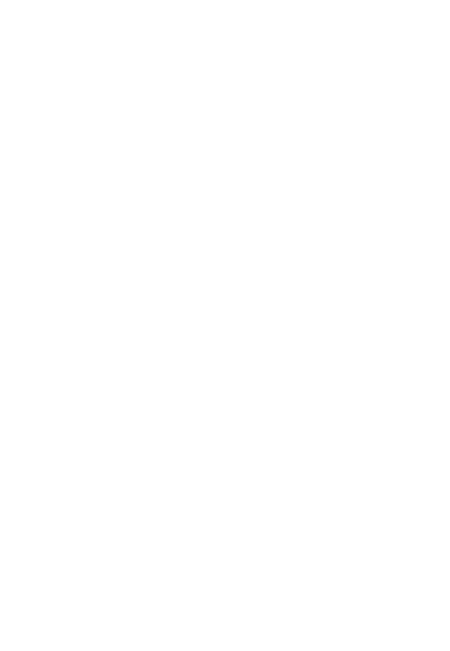 Jaws will drop as the most dashing leading men in Bollywood bare all as overseas students who turn their talents to male pole dancing in an attempt to raise some extra cash. And no Akshay Kumar piece of movie magic would be complete without a healthy dose of screen action, so get ready for one of the most exciting stunt sequences in recent film history as the real life Action Man descends a moving chopper without safety harnesses, for the title track of the film.

A-List celebrity Akshay, who shares a close bond with the UK, spent several months filming for ‘Desi Boyz’ in locations such as the picturesque university town of Oxford, where filming actually took place on the world-famous academic institution’s campus, as well as amid the bright lights of the capital city, London. Joining him on screen are Bollywood beauties, Deepika Padukone and Chitrangada Singh, who will charm audiences with their hypnotising looks, youthful energy and cheeky wit. 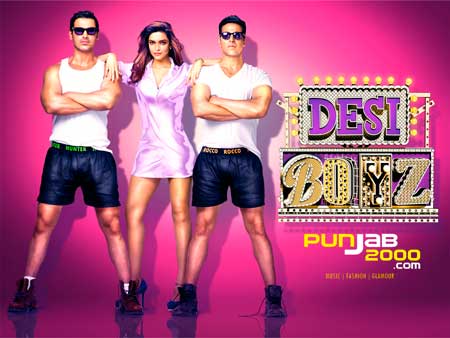 ‘Desi Boyz’ marks the exciting directorial debut of Rohit Dhawan, son of one of Indian’s cinema’s most prized comedy directors, David Dhawan. Expect nothing less than one of the freshest, most innovative comedies to emerge from Indian cinema in recent times, with Master of Comedy, Akshay Kumar, giving ‘Desi Boyz’ his inimitable, Midas Touch in the laughter stakes. Synopsis: With huge aspirations and dreams in mind, two innocent young friends, ‘Rocco’ (Akshay Kumar) and ‘Hunter’ (John Abraham) arrive in UK as overseas students at Oxford University, only to find themselves taking up work as male pole dancers in order to supplement their lack of student funds. Friendship soon turns to bitter rivalry as the fight to get to the number one pole position begins. To make things worse, Rocco makes the biggest academic faux pas by falling in love with a lecturer at Trinity College.

In addition to a laugh-a-minute, on-screen riot, cinemagoers can expect to be treated to an eyeful of Akshay’s six-pack and perfectly toned abs. The girls will swoon and the boys will be inspired, as the ‘Desi Boyz’ expose their incredible torsos.

Get ready to welcome ‘Desi Boyz’ in cinemas across UK and worldwide in November 2011. 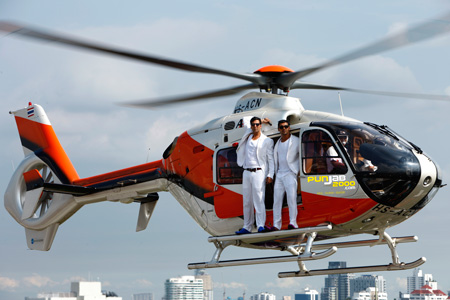