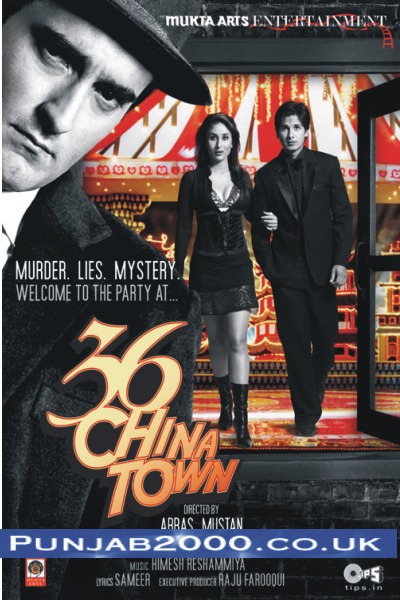 36 China Town (everyone is guilty)

Synopsis : Madam Sushmita is the owner of one of the biggest casino’s in Bangkok. She also runs a number of the biggest illegal businesses in the city. This makes her rich, but the only love in her life is her young son.
When he suddenly goes missing, she is distraught. She offers a huge reward with the intention of bringing her son back, but fate has a different game to play. Raj and Priya, two strangers struggling to make a living in a new city find the child and decide to split the reward money given by Madam Sushmita.
On this trip, they begin to strike up a friendship, with each other and the child. When they finally reach the Madam’s palace late at night, they find the Madam dead.
In a panic they run from the palace but leave their suitcase and their footprints behind. Soon they are chief suspects in the murder and the police is crawling the city looking for them. Inspector Akshay is given charge of the case and as he investigates what appears to be a simple case, he realizes that in fact with each step forward he takes, a whole new set of suspects with a whole new set of motives crop up complicating matters more.
Theses suspects include Sonia and Vicky, a married couple; A high society playboy and of course the age old house butler! Akshay soon realizes that all the suspects seem to have water tight alibi’s for the murder of Sushmita – but he knows someone is lying – and he must prove who that person is – to save Raj and Priya and prove their innocence.