TBSX; The Bhangra Showdown It’s back. Bigger and better than ever. 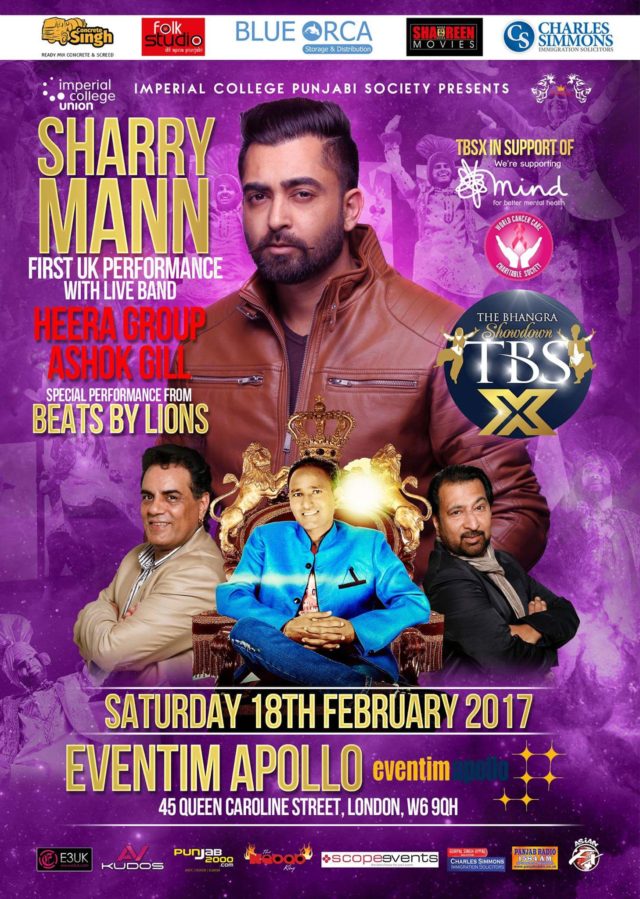 The Bhangra Showdown (TBS) began as a venture, organised by Imperial College Punjabi Society, with the aim of raising money for charities whilst enjoying the traditions of our vibrant Punjabi culture. University Bhangra Teams have come together from all across the UK to show their unyielding support and participation every year, and the Punjabi and wider Asian community has also helped to make The Bhangra Showdown successful in fulfilling both the desired goals. One of the founding members of the show, Imandeep Bual, shared his memories of how the show began:

‘Having seen the crowd enjoy bhangra performances in the past, we thought we could gather some interest from other universities and create a dedicated event. We soon realised the challenges involved, and whilst we piqued interest – we were initially concerned that the bhangra performance community might not have been big enough to build a large event…how wrong we were! Year on year we’ve seen the show grow in size, vibrance and intensity! Most of all, we’re proud to see its core values haven’t changed – to celebrate a rich culture and put on an entertaining show for the whole family to enjoy! 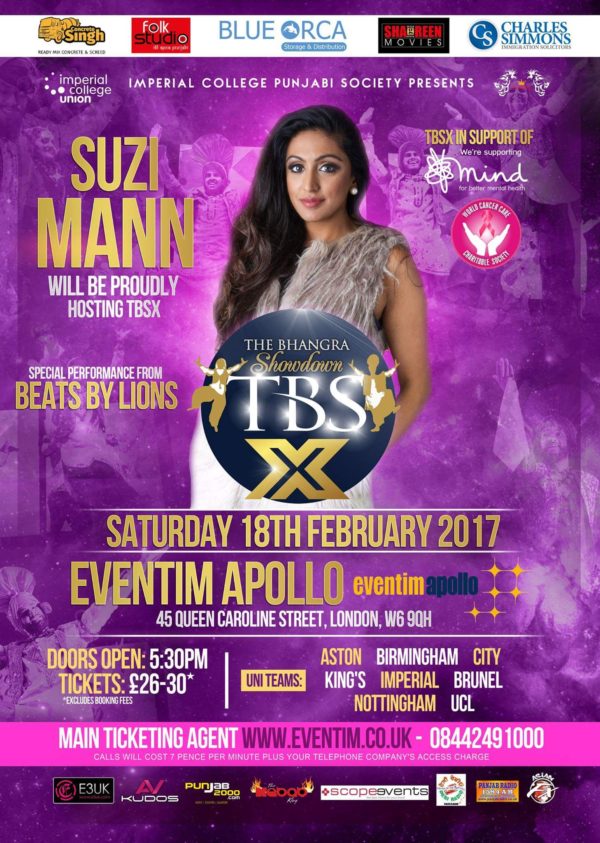 Happy tenth anniversary, and congratulations all those that have helped the show get here today!I’

‘Since its inception, TBS has provided an ignition to the promotion of Punjabi folk culture in UK youth, which I have had the pleasure to be a part of for many years. Each year brings a new vibe, a fresh set of ideas and amazing talent, whilst keeping traditions and culture at its core and I hope it carries on for many years to come.’- Simrath Mangat, captain of Virsa Punjab Da (King’s College)

‘TBS last year was incredible but regardless of the result, as a captain there is always an overwhelming feeling of pride and honour as you watch your team orchestrate months of hard work in the space of 8 minutes!’– Maninder Bhambra, the captain for Imperial’s winning teams in 2016

‘Being part of TBS and choreographing my own set has been an amazing experience. It takes so much hard work and dedication to put out those 8 minutes that you see on show day, literally months are spent perfecting every little detail you could think of. But in the end that feeling of going on stage with those other people who love what they’re doing as much as you do and performing in front of thousands of people is incomparable.’– Hardeep Hundal, Captain of Team UoB

We are delighted to be welcoming Sharry Mann to the UK as our biggest act yet, to celebrate a decade of the Showdown. Winner of PTC Punjabi’s Best Album Award, and with smash hits such as 3 Pegg, Yaar Anmulle and Disc Ch Kali, Hammersmith Apollo is set to be buzzing with excitement on the 18th February.

Over the course of the last ten years, we have been able to raise tens of thousands of pounds for charitable causes. This year we are supporting World Cancer Care, a global organization registered with the State Government of Punjab, working towards raising awareness and the early detection of Cancer; and MIND, a charity which strives to empower those experiencing mental health problems, and promote understanding around the area.

As such, Imperial College Punjabi Society is proud to present the return of The Bhangra Showdown. 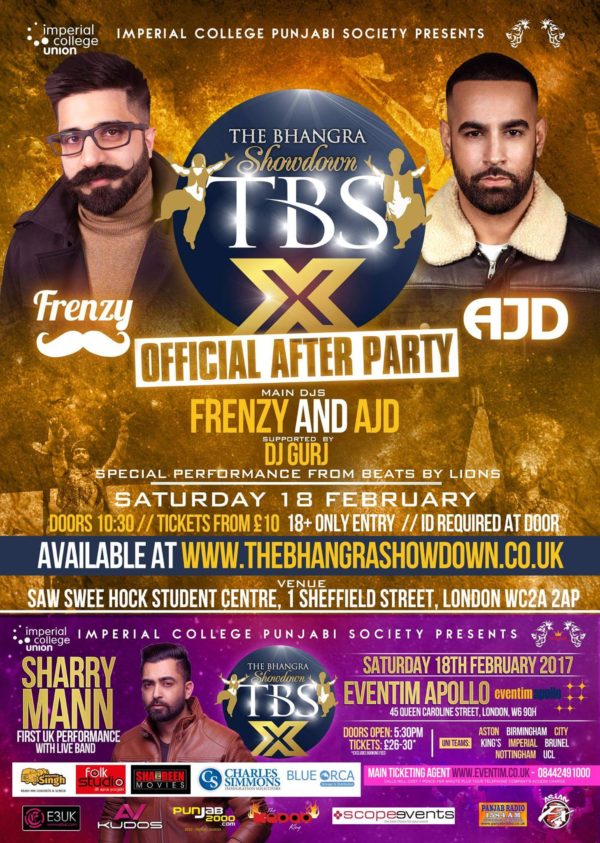