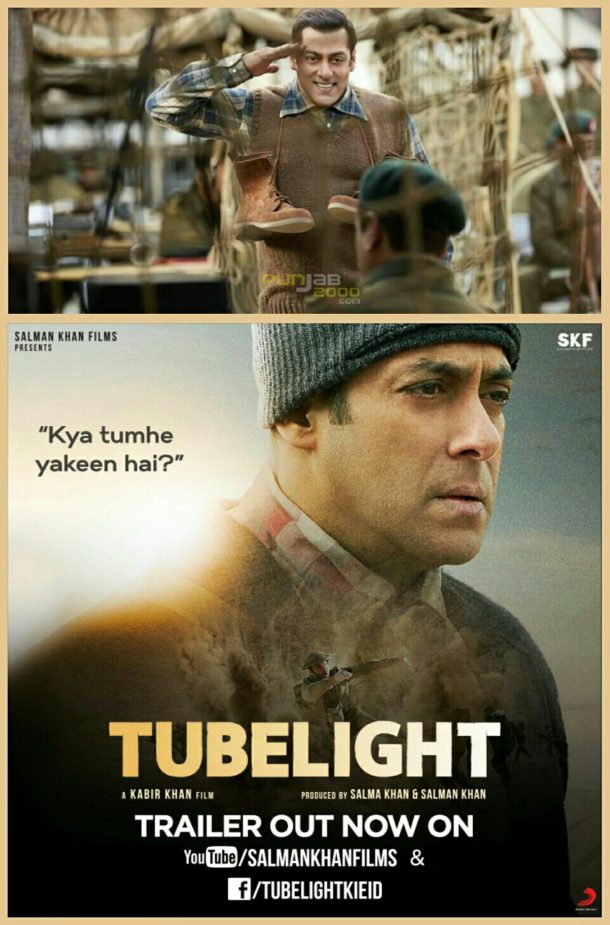 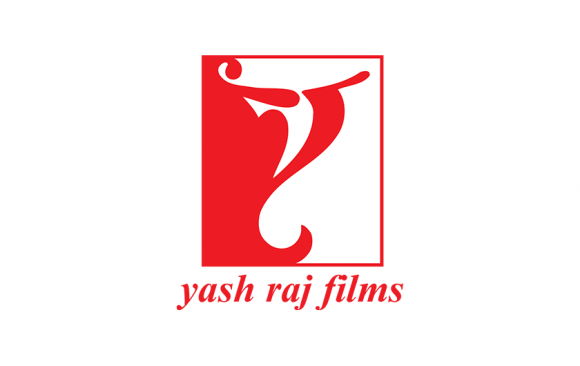 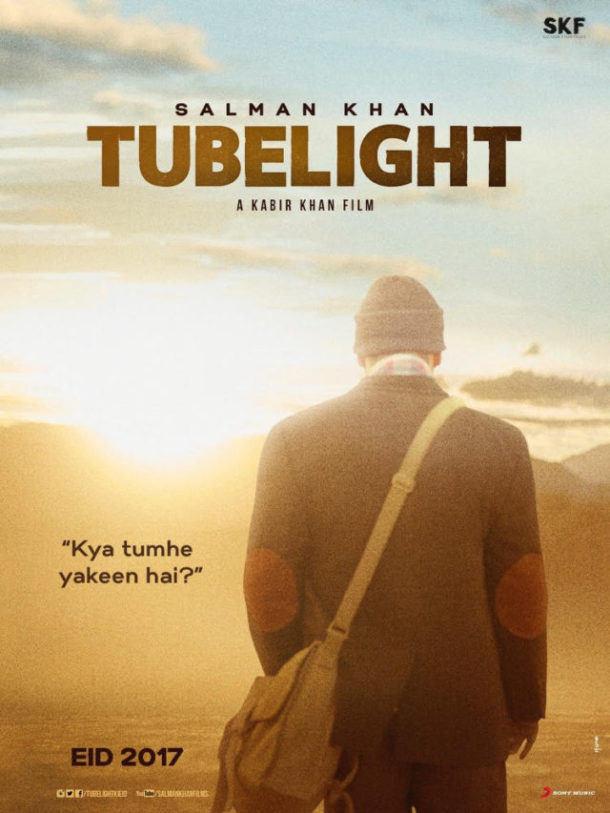 Salman Khan launched the Tubelight trailer at a grand launch in Mumbai with both fans and media. Responding with thunderous applause to loud cheers, the audience was absolutely blown over. The superstar was joined by the rest of his Tubelight family – Sohail Khan, director Kabir Khan, music director Pritam andAmar Butala, COO Salman Khan Films onstage and the team’s fun chemistry was clearly visible at the media interaction. This was Salman’s first appearance for the film in India, following the super hit Radio launch in Dubai.

As per his motto of ‘Fan First’, Salman simultaneously showcased the trailer to fans at a screening. Fans arrived from all parts of the country thronging the venue. Salman soon walked into a theatre full of fans who greeted him joyously. The superstar thanked his fans and happily posed for photos.

“It is wonderful to reunite with the Bajrangi Bhaijaan team for Tubelight. The reactions right since the teaser have been encouraging and I can’t wait to show the film,” said director Kabir Khan.

The magnificent trailer depicts the small town of Jagatpura and the heart-warming bond of brotherhood between Bharat (Sohail Khan) and Laxman (Salman Khan). The scene where they run down a hill in shorts is iconic and reminiscent of the real-life bond we have seen with Salman and Sohail. Salman Khan looks absolutely adorable in his knitted sweater as he runs about with a pair of shoes wrapped around his neck. The conviction with which he says “Mujhe Yakeen Hai” left everyone very emotional. One also catches a glimpse of Chinese actress Zhu Zhu and child actor Matin Rey Tangu, leaving us wondering about their characters in the film. The 60s is authentically recreated along with Indo-China conflict in the backdrop – the scale leaving you awestruck. With all these factors and more, the trailer definitely keeps you on tenterhooks.

“Tubelight is a story of two brothers and their bond that will surpass all odds. We hope that this family entertainer touches your hearts the same way it has touched ours!” said Amar Butala, COO, Salman Khan Films.

Tubelight starring Salman khan is directed by Kabir Khan and produced by Salma Khan and Salman Khan. The film is slated to release in cinemas this Eid ul-Fitr on 23rd June 2017. 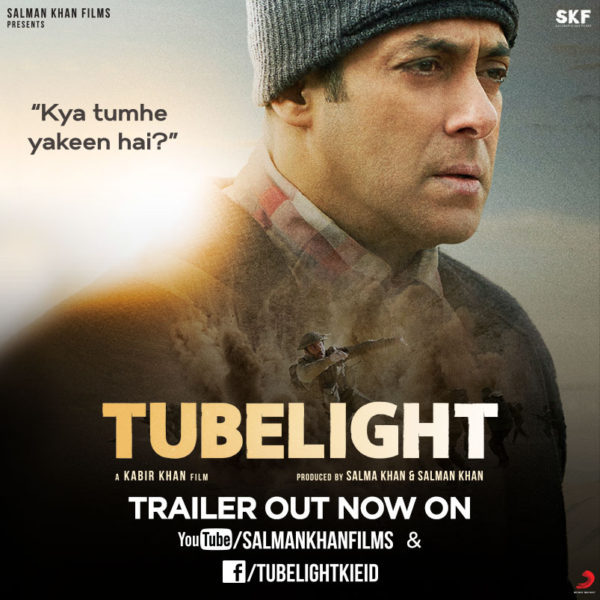 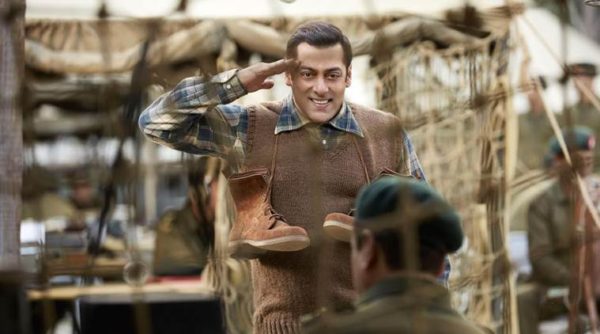 In a small picturesque town of North India, lives Laxman (Salman Khan), with his younger brother Bharat (Sohail Khan). The two have no other family and are inseparable. Laxman is a simpleton and is unique in the way he sees the world around him but is often the target of the town bullies. His brother Bharat is fiercely protective of him and the two share a deep bond.

Laxman’s world comes crashing down, when the tension at Indo-China border peaks and Bharat gets drafted into the Army. A helpless Bharat leaves a devastated Laxman behind.

News from the border only worsens, as the tension continues to escalate. Seeing the carnage around him and worried for his brother, the simple – minded Laxman decides he must stop this conflict and get his brother back.

TUBELIGHT is set in 1962 and tells the story of one man’s unshakeable belief in himself and the love for his family.